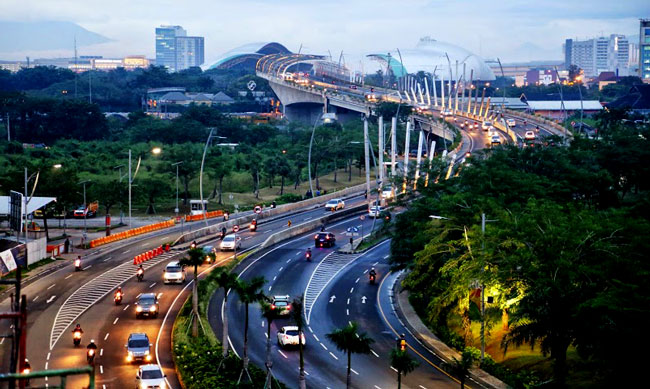 Bekasi City is located near to Jakarta (the capital of Indonesia) and has been chosen as a nice alternative to spend a holiday. Why is that? It is the home of tons waterparks and other good places to spend a family recreation. Despite the fact, not many people know much about the city. In terms of name, for the example, it derives from a word “Bagasasi”. It is the name of the river passing through the city, actually. Being a satellite city of the Jabodetabek Megalopolis, it indeed has developed into a great urban area and a center of industry. Some people call it Kota Patriot or the city of heroes as well.

The Nuance
It is true Bekasi is not as crowded as Jakarta City. But still, it is considered a big city due to its complete accommodations and facilities. In terms of tourism, it also has a significant popularity in fact. The city resides in the height of between 11 and 81 meters above the sea level. This explains why the region has some troubles during the rainy season. Tough, such condition doesn’t stop tourists to visit Bekasi during a long holiday. Most of these people come from nearby cities actually.

Exploring Bekasi City
Not all people recognize the value of Bekasi City when it comes to tourists. Still, the region has many vacation spots which are worth to visit! The most common knowledge is that the city is famous for its waterparks. Many types of them are available depending on the size and concept. What tourists need to do is to find information regarding those waterparks before visiting them later.

The allure in Bekasi is definitely the culture and traditions. Even though people in Bekasi have adapted to a modern way of living, they keep retaining their valuable traditions. These include Wayang Kulit Bekasi, Topeng Theater, Tanjidor, Kliningan Tanji, Calung Dalengket, and Samrah! So, all tourists should spend some time to watch and learn more about those unique Indonesian local arts. It is also helpful to come with a local guide who can tell thorough information regarding those traditions.

Another thing to do in Bekasi City is to enjoy the culinary. In fact, many varieties are available for everyone to try during the visit. These include Gabus Pucung, Bandeng Rorod, Rangi, Bir Pletok, Kembang Goyang, Telur Gabus Snack, and many others! Moreover, the price is cheap so everyone can afford those foods! Not to mention it is easy to find them either from local food vendors or restaurants.

How to Get There
For those coming from Bandung City, they can directly head to Bekasi City by any available transportation service. For the information, the trip takes about 2 hours and 25 minutes as the distance is 133 km. As for the best route, they can take Purbaleunyi Highway and Pantura Street. Once arriving at Bekasi, it is recommended to find a good hotel for resting first before exploring the region.